The Trouble with Brexit and the Need for Visionary Leadership

I’m not going to go into the arguments about whether Brexit is a good thing or a bad thing here, the ‘should we’ or ‘shouldn’t we’ argument. As far as I am concerned, it is happening whether you like it or not. My view is that we would be best to look at it from a slightly different viewpoint – as a divorce that one partner wants and the other doesn’t. 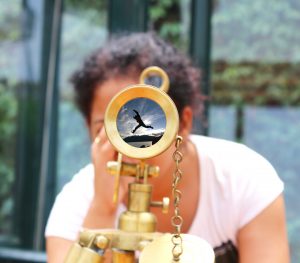 So let’s start by talking about the marriage. We went into the Common Market which changed into the EU as we have it now, just as many marriages start with an idea of how they are going to work. These ideas and dreams change over time, as has the EU; some people are happy with the changes, others might find the same changes stifling or simply not what they had hoped for.  Over time the unhappy partner coming to the conclusion that the marriage is not what they wanted and some come to the conclusion that they want out – a divorce.  It is that this time of the legal side is evoked.  Solicitors and the law become involved, mediators and arbitration help to decide the financial side of it and what happens to the children.

Here is the main difference that we are experiencing with Brexit; there was never a real plan put in place to exit this agreement.  OK, we have the basic methodology – invoke Article 50 and start negotiations. Like any divorce where one party was happy in the status quo these negotiations can become very bitter and vitriolic and, if one side seemingly has all the power, we have divorce à la 19th century, where, often, the man got everything and the woman was left with very little (often not even what she came in with).  This is why the gradual change of the law moved towards the 50/50 split and focus on what is best for the children.  Premarital contracts notwithstanding this is the basis from which the arrangements are negotiated.

The trouble with the Brexit negotiations is that there seems to be no basis for starting the negotiations so it relies on who can beat the other down most.  There is also no outside arbitrator who can help move decisions towards what is fair for both sides rather than by fighting for what they can get; what we have is an increasingly acrimonious divorce.

There is another similarity with divorce here and the part that is never legislated for and that is, “who gets the friends?” We’ve seen this with a variety of countries wading in with their opinions and, not surprisingly, their own interests.  In any divorce, for whatever reasons, friends have opinions and take sides but, more often than not, as the dust settles, things sort themselves out and both partners find out who their true friends were.

The most important thing for Brexit, like any divorce, to be successful is, once you’ve decided what you don’t want, to create a vision of what you do want, what you want your life look like.  If our government has any vision it certainly doesn’t seem to be telling us. Their paper The United Kingdoms exit from and partnership with the EU, apart from telling is what and why they want to negotiate in certain areas, tries very hard not to tell us what they would, ideally, like to achieve. They see it as a poker game where they don’t ‘show their hand’. It is above all an example of the box-tickers agenda. What that means is that we, the people, don’t know what they are prepared to negotiate away; what is their priority and what is sacrosanct. We have no idea whether the result will be in any way what we might have chosen or what the ‘leavers’ were hoping for when they voted out. Have they even asked the people why they voted the way they did or just assumed they knew?

Of course we have no idea how the EU would like to see the result of negotiations. At the moment it seems (and this might be just the fault of the media) that they want to punish us for deciding to leave – again not unlike the acrimonious divorce. The impression we get from the media is that they started out with their fingers in their ears going ‘la, la, la’ so they couldn’t hear the issues, then, when we voted out they decided we should get nothing, and, like the sneering ex told us we couldn’t live without them. As anyone who has left a marriage will tell you, things can be hard at first, financially and emotionally, but they get better and most of all you get to decide where you’re going, you start to create your vision of the future, you get to take action towards it and above all you feel hope.

The UK is certainly in need of Visionary Leadership. We need to know what the UK is going to look like (and probably the EU need to know as well). At least when that is known we have some chance of achieving it, or at least getting closer to it – if you don’t know where you’re going how will you know when you’ve got there, how will you know which is the right road to take? If you have a vision people can get behind it, just as in any business, and the UK, however you like to look at it, is a business; UK plc. If you have a vision every decision is easier because you can ask yourself ‘Is this getting me closer to my goal, or further away?’

Visionary Leaders lead from the front, allowing others to follow them and use whatever means available to help an organisation achieve the goal. They don’t get bogged down with the How? allowing those with right knowledge and experience the freedom to use their skills to get there. They talk the end game but they also take action, inspiring people to follow them and to find ways to achieve what becomes the collective vision. They connect with hearts and minds. They lead by example, take calculated risks and accept failure as an opportunity to learn as they are, above all, optimistic and dynamic. It is this imaginative and magnetic personality that creates the open environment of trust for their followers achieve results above and beyond what they thought they were capable of.